The Impact of Drug Abuse on Mind, Body and Soul

We’re taught from an early age about the damage drugs can do to our bodies and minds. “Just say no” was a highly popular campaign in the 80s and 90s in the UK and US which most will remember as an initiative to not succumb to peer pressure and to shun drug use.

In the UK, 1 in 11 adults are believed to have taken some form of recreational drug from March 2020 to March 2021. Approximately 3.4% of adults aged 16-59 have taken a class A drug (ecstasy, heroin etc.) in the same time period. Cannabis continues to be the most common drug of choice in the UK, followed by cocaine and nitrous oxide (laughing gas).

These drugs can have catastrophic effects not only on the individual but for the lives of those around the drug taker. The body may see some immediate relief after taking drugs, but the long-term effects can be devastating. Drugs not only quickly destroy the body but they cause havoc mentally and damage relationships with friends and family. To understand why these drugs can have such an impact, it’s key that you learn the biology of their mechanisms and how they work. We take a look at three of the most commonly used in the UK.

The most commonly used drug in this country is considered relatively safe by many, however, prolonged use can have catastrophic results. People smoke or ingest cannabis to achieve a feeling of relaxation and relief. Many defend cannabis use as they promote its natural origins and potential healing properties. This is often done whilst comparing it to tobacco which has evident negative effects on the body. The reason cannabis is not legal, unlike tobacco, is a hotly debated topic but could be down to a number of reasons.

Firstly, there’s a historical connection, the industry is lucrative and governments make money from taxes through the sale of nicotine products. Nicotine is highly addictive and governments recognise this. Although they spend a lot of money on trying to help people quit such as the use of graphic packaging or lengthy public health campaigns, the sale and use of nicotine is still fully legal across the world.

Cannabis, on the other hand, may be less harmful physically compared to tobacco, but it can have a devastating impact on mental health. Like nicotine, cannabis is addictive and prolonged use can lead to psychotic episodes, schizophrenia and hallucinations. Cannabis was outlawed as a prohibited drug in 1928 when it was added to the dangerous drugs act of 1920 and has remained an illegal drug ever since.

Cannabis has two active components, tetrahydrocannabinol (THC) and cannabidiol (CBD). THC is a component which makes people feel ‘high’. It activates the brain's reward system which improves mood, leaving the individual feeling content and relaxed. Their thinking is impaired meaning their ability to learn and perform complex tasks while under the influence is severely affected. Like all other recreational drugs, those who take cannabis shouldn’t drive or operate machinery. Cannabis can affect reasoning, problem-solving, environmental awareness and reaction time and it’s no surprise that cannabis use is associated with an uptick in traffic accidents.

CBD has been lauded in the medical field as a life-saver for many with chronic painful conditions. There are some approved drugs that make use of this active component such as the treatment for severe epilepsy but there is little research available to suggest it is effective or even safe for other conditions. Although doctors can prescribe high-dose CBD oil for certain conditions, many often choose to purchase CBD oil online or in shops at low doses where it is legally permitted although the effectiveness of said drug is widely debated. Commonly known as a party drug, cocaine creates an ultimate high for people, almost doing the opposite of cannabis. People feel energised, motivated and confident on cocaine but it causes the heart to race and narrows blood vessels, increasing the risk of heart attacks and strokes. It’s highly addictive and can be an expensive habit to maintain. People can become reliant on this personality that cocaine creates for them, feeling the need to be on it all the time. This not only damages the body but can also lead to severe mental health issues.

Cocaine works by blocking receptors and enabling a chemical called dopamine to accumulate which in turn activates pleasure receptors creating a sense of euphoria. This short term effect can create long-lasting damage on the brain, heart and vascular system. It’s a powerful drug which was used by 2.6% of adults aged between 16 and 59 in 2020/2021 and is the second most popular drug in the UK.

Most importantly, a lot of users who use powder cocaine also find themselves with physical disfigurements such as nosebleeds, a loss of sense of smell, holes in your nasal septum and even a collapsed nose. It’s a highly addictive and dangerous drug with catastrophic effects.

This gas, otherwise known as laughing gas, creates a sense of euphoria, sometimes causing an individual to have fits of giggles. Traditionally used as an anaesthetic in human and veterinary medicine, it enters the bloodstream and triggers the release of endorphins and dopamine. This drug can also have a mild analgesic effect on the subject alleviating anxiety and creating a sense of calm. It has a relatively short lived effect lasting minutes but comes with risks of asphyxiation. This means that people who inhale too much can risk suffocation from a lack of oxygen.

Aside from the obvious physical effects, nitrous oxide can also create intense paranoia. Long-term use can lead to personality changes and anxiety and depression. Like most drugs, the high can be addictive and given the short-lived effect of this gas, people may feel drawn to use multiple canisters in one night. 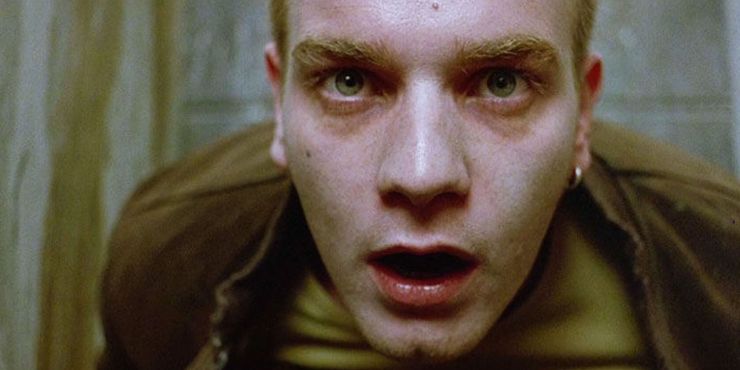 We’re well aware of the impact that drugs can have on our bodies in those initial moments after taking them, but there is little awareness of the wider impact they can have, particularly on mental health long-term. Drug abuse changes personalities, destroys families and ruins lives. Every addiction once began as a person trying it out for the first time. Even if you’re confident in your ability to refrain after one go, it’s not always so straightforward to not end up going down the wrong path.

We also found that when trying to treat a clients anxiety, it was much more difficult without the client overcoming their drug addiction or stopping their recreational use.

Mental health is a key topic in todays society and with the majority of adults in the UK and rest of the world drinking alcohol multiple times a week and 1 in 11 people taking drugs. We have seen a direct impact on an increase in Mental health issue and the use of alcohol and drugs.

After helping more than 1000 people overcome their drug addiction and live a life of integrity and control we decided to launch our therapy session "Break Free from Drug addiction".

This therapy session is a self hypnosis session that has been designed in order to help people overcome drug addiction from the comfort of their own home.

We understand that some people may not want to share the fact they have an addiction with anybody and that is why we have made a therapy available for people to use in the privacy of their own home.

We do also advise anyone smuggling with addiction should speak to loved ones or seek professional help as it has become much less taboo and more common than you probably think.

If you order this therapy session there will be no indication on your bank statement that you ordered it, it will simply say "Clear Minds" and we provide therapies for all types of conditions from addiction all the way through to mental focus and relaxation.

Take your first step to becoming the very best version of yourself today and start your recovery using "Break Free From Drug Addiction Hypnotherapy" by Clear Minds.